Positive Spin on the Man 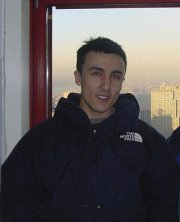 My husband complained that I was being to negative and he is right. I mean there has to be some reason why I stay with him right? So I will list some positive things about him.

1. He is a great provider. He takes that calling very seriously. His money goes to his home and children before he spends a dime on himself.

2. He doesn't mind watching the kids. If I need a break he will watch the kids without complaining. True when I come home they usually aren't in bed, but he makes sure they bathe and brush their teeth.

3. He loves babies. He is real sweet with babies, the newer the better.

4. He has almost every opinion in common with me. We fight, but never about politics or philosophy. We aren't the same religion but we have few disagreements about values and beliefs. He doesn't get things like family prayer and scripture reading but he grew up in a godless world. (literally- he grew up in the Soviet Union)

5. He is tech savvy. I love this about him. If I need information about the newest tech gadget, I can count on him to find out about every detail. He is also a better shopper than I am and loves to spoil his family. Our house is like a computer lab!

6. He takes care of the bills and is wonderful with money. I feel great that I can trust him with the money. we RARELY fight about money. He lets me spend what I want. I admit that took him a while to get used to but he knows that I can also be trusted with money. It is a relief to shop and have no worries about fighting.

So after all of this, why do we have problems? Well about 95% of it is his mouth. He loves to argue. Even if you are agreeing with him he will twist your words around and argue with his interpretation of what you said. It is real frustrating because I feel like he doesn't understand me. He wants to argue so much that he will even attack you in very hurtful ways. Since I am stubborn too, I throw it right back at him. So our fights are never ending. He also has no sympathy. I don't know if that is culture because his family is the same way and his selfishness intensified when they came to America. If you cry, they attack you even harder. I also wonder if he is not taking good care of himself. He doesn't sleep well or eat well because he is worried he will gain weight. Another problem is that he was always the most honest person I know, but his family pressures him to lie or to never admit fault. If he admits fault they say he is weak and I control him. All he has to do is ignore his family's manipulation and a lot of our problems would improve. I promise. The other stuff like the fact he won't help me with housework or being a big whiner to me are normal husband problems and I can deal with those.

So you see my problem. I have a good man for a husband. He is a hard worker, has great values, and cares for his kids and sometimes even for me. He just has some mouth issues to work out. It is so frustrating that, I admit, I feel the only way to keep myself from losing it is to write about it. I do feel better, but I hate that I stress people out. It is a very frustrating position to be in. I can either keep hoping things improve or hope he gets deployed real soon. When he is deployed, I only get the positive things from him. If he starts running his mouth I can hang up the phone. Our marriage gets stronger actually. Then he comes home and it is a 50/50. If his family is around it is a near 0% chance of happiness because I have come to the conclusion that they don't want him to be happy and he allows them to influence him. Not my choice, and there is nothing I can do about it.