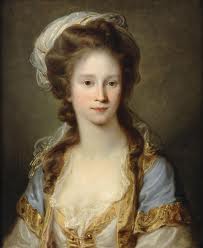 I am Josie and I think my stepmother is trying to kill me. I am the new heiress of our little manor since Papa died. Stepmother is insanely jealous of my new fortune and mad that she never was able to have a son. She only has her little daughter Charlotte who cares more about collecting bugs than becoming a lady. the poor thing has the look of a bug and unfortunately is not male enough to get my title of Lady of Wisselworm.

I am writing this letter in case I disappear under mysterious circumstances or if someone finds my cold, pale body. I am Josephine Caroline Anna Maria de Wisselworm, the lady of the Dragon Mountain castle. I am the daughter or Lord Adabert de Wisselworm and his first wife Anna Maria de Teodisio an Italian Countess. I never knew her. She had golden hair and was tall with pale skin and the grayest eyes you'd ever seen. I know this because my Nanny told me all about her, and also a portrait of her hangs on my wall. She is related to the House of Savoy so if you find my body please let the Duke know about his cousin far away in the mountains who was so mistreated by her stepmother Wilhelmina, a soldier's daughter.

She is tall and blond and had a classic German look. Because of her humble birth she tries harder to be in society and wants to be respected as lady of the manor. I still outrank her in both status and as I have been told by Nanny, looks. I am blue eyed like my father but have dark hair like my grandmother. I only have my mother's pale skin and strong chin. I never knew how I threatened Wilhelmina until a recent feast. At 16, I could officially join in the festivities. It was my first coming out. For once Wilhelmina was ignored. She was red faced!

Anyways, that is when the attempts on my life started but Wilhelmina doesn't know I was born lucky. Nanny says all the signs were there including the fact that I was born with the placenta intact. Nanny said I would never drown!

My friends and I loved to go hunting in the woods located on the other side of a bridge over a chasm. We crossed the bridge and began to have our picnic. I was told by Mercurio, Wilhelmina's page to go back across the bridge to pick up a message from Wilhelmina. I got to the bridge but then stopped to look at a butterfly. A second later the bridge collapsed.

One night I decided to go visit my mother's grave. I walked to her grave and cried at her tombstone. I looked up and saw that my room had caught on fire. One evening at dinner I dropped my fork and as I bent down to pick it up a dart flew over my head. I passed a roll to my dog who ended up poisoned. As I walked down the stairs I happened to turn around and walk back up, the next stair was broken. I could have fallen to my death. When I went hunting, an arrow barely missed my face and hit a tree right behind me.

Now Mercurio has asked me to take Wilhelmina's cousin hunting in my favorite woods. I am terrified. What if my luck runs out. I decided to make friends with Wilhelmina's cousin Randolf. He is a skinny boy who loves books and natural philosophy. Wilhelmina wants him to be more of a soldier. I followed him to our library and pretended to be interested in his books. As I walked in lightening struck right behind my feet. It seems like the universe is against me at times!

Wow! I love Melissa and Doug. They make the cutest toys. If I had a little girl I would definitely get her the Melissa and Doug Princess Castle Furniture set to go into her princess castle. High quality toys for your child's imagination!

The Genius of the Sheriff of Nottingham

January 17, 2013
Robin Hood:Prince of Thieves came out in 1991 and starred Kevin Costner. It was a fun interpretation of the Robin Hood story and had great reviews and earned lots of money. It cast the popular Kevin Costner with Morgan Freeman as his wise Obi Wan Kenobi companion. Bryan Adams had a hit song "Everything I Do, I Do For You" that was over played on early nineties radio. As I was always obsessed with Medieval History I fell in love with this movie despite inaccuracies. I was 16 when I first saw it around 1992. The problem with this movie was that I fell in love with the Sheriff of Nottingham, the nasty bad guy and thought Kevin Costner's Robin Hood was a "dork". That is what happens when someone is a bad actor and this movie showed how weak Costner's acting was compared to his supporting cast and his villain, Alan Rickman. Alan Rickman "hammed" it up in this film and the audience could tell he was enjoying his role as the villain. Every line, no m
Post a Comment
Read more

August 03, 2011
We got back home to good ol' Northern Virginia two days ago. Eli is now 6 weeks old. It is amazing that 6 weeks ago he took his first breath and saw light for the first time. I have been reading Sci-fi stories lately and have been thinking about how Eli is a little alien, new to this world learning about what it means to be human. First he must struggle to breathe the air that is made of O2 and struggle to breathe out CO2. Then his eyes struggle to see beams of light and the blurs of the beings of the world oohing and awwwwing over him. He couldn't quite figure out what they look like but noticed they each have a peculiar smell. One of them smells familiar as he was a part of her the past few months. He feels a sensation that hurts his stomach and desires to have something in his mouth. This must be hunger. He doesn't know how to make this sensation go away so he cries. He notices the blurred Earth beings jump to put something in his mouth which make the pain of hunger go
1 comment
Read more