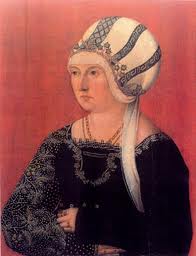 This is a free write of what is exactly on my mind. It is not a novel or anything. I am just going to close my eyes, take a breath and see what adventure is hiding up there in my mind.

A small principality in the Alp mountains around 1248. A prince of a small principality just married again for the second time to an illegitimate cousin of Frederick, the Holy Roman Emperor. She set up her step son to marry an illegitimate daughter of the emperor named Bianca. She just arrived from Palermo and is under the protection of the Princess Giselda. The old prince and former crusader died and so now Giselda rules in her young step son's place. Little do people know that Giselda knows magic and keeps a mirror that she claims she got from Prester John. From the mirror she watches over her people and also her cousin, the emperor.

Bianca does not want to marry Albert, the new prince. She misses her father's grand castle in Palermo. She never knew him well as she was the daughter of a Moorish slave. She had long straight black hair but her eyes were green and her skin a light brown color. Albert thought she was interesting and loved to hear her sing. She brought her falcons from Palermo and would go hunting with Albert. They became friends, but she still missed Palermo and the handsome falconer Hasan who she really wished to marry. She wrote poems in Arabic and sang songs on her lute on her balcony looking over the ice and snow and would try to find the stars Hasan told her about.

Giselda didn't mind Bianca's hesitation. Bianca was not raised a high born lady but rather in the Emperor's harem with servants. The Prince was poor and needed money and the emperor needed a knight to defend his realm so he gave the Prince a forgotten illegitimate daughter. Her dowry was a lost castle from Charlemagne's time that was said to have treasure and was located deep in the woods on a mountain that was said to have witches and demons. no one ever found that castle and those who searched for it never came back alive. Giselda had an idea. She told Albert to search for this castle and to get the treasure then Bianca would be happy and will marry him. Giselda really wanted him to go away so that she could rule alone. She tried to find this castle on her mirror but all she saw was blackness.

One day Bianca secretly followed Giselda to her chambers and saw a strange light. Later that day at supper Bianca hid away and went to Giselda's chambers. She found a secret room and in there saw the mirror. She wasn't sure what it was for so she asked the mirror what it was. The mirror told her that it was a mirror of all the lands and people of the earth. She asked to see Hasan, the falconer of Palermo. There she saw him and she stared and talked to him as if he was there. She began to secretly visit the chamber to see Hasan as much as she could whenever Giselda went out to hunt or to visit with the people. She never asked about Albert and secretly wished he would die. She began to make plans to run away back to Palermo.

Albert took 12 knights with him. All of them were loyal friends of either himself or his father.  One was named Ibn Al'Bayta who was from Malaga and kept a hawk with him. He knew magic and the stars. Albert also had a troubadour or Minnesanger named Roland. Albert wanted so badly to be a Minnesanger and he and Roland would work on songs together.

I love Puma boots. Walk around the enchanted forest in these and enjoy the modern streets of Berlin later! For the modern girl who is a fairy princess at heart!