The Steed of the Blue Water

April 28, 2012
Albert and his twelve knight venture out to search for the lost Golden Dragon castle, his dowry and his path to winning Bianca as his wife. They were warned to stay away from big bodies of water and rose bushes as their were evil spirits hiding in them. 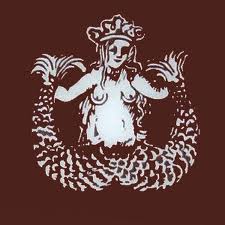 One knight named Roland became thirsty and from a woodsman heard that there was a lake of clear water just over a hill. Albert insisted that Roland stay with the group.

"You just want us to die of thirst? You only care about yourself and your bastard princess!"

Albert turned red faced. "Take that back! I should stab you right here for saying that!"

Jan said, "Roland, we will go with you! The old man said there was water, he looked like a good Christian."

Al Baytoun rolled his eyes and clicked his tongue while Frederick, the old knight shrugged his shoulders.

"Fine!" yelled Albert, "we will camp here and rest while Roland, Caspar, and Jan go get us water from this clear lake if you are not back past noon we will come look for you and then you will be whipped for putting our party in danger."

Roland, Jan, and Caspar walked up the hill and through the patch of woods like the old man told them. As they walked by the old man's hut that waved at him and gave him their thanks. The old man stuck his head out of his door and waved back at them. Caspar swore his eyes looked yellow.

"Oh Caspar, you are just thirsty and tired!"

They got to the lake and as the knelt by the water to fill their bottles Roland was snatched by a white hand that came out the water.

"Roland! Roland!" Jan and Caspar screamed and tried to find a stick to try to find him in the water. The stick was snatched again by a white hand that seem to come from nowhere. Jan and Caspar let it go.

"Jan, we have to save Roland!"

"But I don't want to get whipped!" said Caspar.

"Al Baytoun can swim! We have to go back before Roland is dead!"

"I hate to get wet! But I will go find Roland!"

"Here, Jan, take my sword, it lights up in darkness!"

"Thank you Caspar, I promise to bring it back to you!"

Roland struggled to breathe as the white arm took him deeper and deeper into the lake. It became darker and darker until he began to see a little light.

"Am I dying?" he thought. Then he saw a castle that glowed pink. The white hand was really a mermaid but she was not at all as beautiful as the mermaids he heard about in stories. She was white as death and her hair was black. Her eyes had no whites but were yellow and she had gills on her neck. She had not one fin but two that opened up like legs. She put a glass looking bowl over his face so that he was able to breathe.

He was brought into the castle where he saw a Merman with a crown riding a giant seahorse and holding a trident. He was more frightening to look at than the female for he was larger and his teeth were like a shark's and he had long white hair and a long white beard covering his grey colored face and yellow eyes.

He was brought to the underwater fae court that his mother warned him about. Any attempts to flee were stopped by the mermaid's shrill screams that would paralyze him. He hoped that he would just die so that Albert just leave without him. Why didn't he listen to Albert? why does Albert always have to be right?

For an adventure at home try  "Endless Adventures Swing Along Castle" now at Wayfair.com

The Genius of the Sheriff of Nottingham

January 17, 2013
Robin Hood:Prince of Thieves came out in 1991 and starred Kevin Costner. It was a fun interpretation of the Robin Hood story and had great reviews and earned lots of money. It cast the popular Kevin Costner with Morgan Freeman as his wise Obi Wan Kenobi companion. Bryan Adams had a hit song "Everything I Do, I Do For You" that was over played on early nineties radio. As I was always obsessed with Medieval History I fell in love with this movie despite inaccuracies. I was 16 when I first saw it around 1992. The problem with this movie was that I fell in love with the Sheriff of Nottingham, the nasty bad guy and thought Kevin Costner's Robin Hood was a "dork". That is what happens when someone is a bad actor and this movie showed how weak Costner's acting was compared to his supporting cast and his villain, Alan Rickman. Alan Rickman "hammed" it up in this film and the audience could tell he was enjoying his role as the villain. Every line, no m
Post a Comment
Read more

August 03, 2011
We got back home to good ol' Northern Virginia two days ago. Eli is now 6 weeks old. It is amazing that 6 weeks ago he took his first breath and saw light for the first time. I have been reading Sci-fi stories lately and have been thinking about how Eli is a little alien, new to this world learning about what it means to be human. First he must struggle to breathe the air that is made of O2 and struggle to breathe out CO2. Then his eyes struggle to see beams of light and the blurs of the beings of the world oohing and awwwwing over him. He couldn't quite figure out what they look like but noticed they each have a peculiar smell. One of them smells familiar as he was a part of her the past few months. He feels a sensation that hurts his stomach and desires to have something in his mouth. This must be hunger. He doesn't know how to make this sensation go away so he cries. He notices the blurred Earth beings jump to put something in his mouth which make the pain of hunger go
1 comment
Read more