Dealing with Family Tragedy in Genealogy

May 16, 2012
I have heard that sometimes digging into your family history can dig up some heartbreak. What happens when you do uncover tragedy? Should you share what you found out or keep it hidden to protect the family members still living? There are two camps of thought, those who believe that a genealogist has a duty to uncover the truth and those that believe in protecting the family name.

I haven't met a family yet that didn't have some kind of secret. Humans are not perfect and make mistakes. Sometimes tragic things happen that a person has no control over and they choose to let those tragedies to break them. Some have the patience of Job! No matter what they are still family. Uncovering tragedies brings those family members closer to you. People tend to put their ancestors on a pedestal so much that they are hard to relate to. Knowing that they sometimes slept around or committed sometimes unspeakable acts makes them more human. You can learn that your family has a problem with alcoholism or depression. Sometimes it is important to be aware of those facts for medical reasons. Tragedy also helps explain some weirdness in your family. Putting them in their pocket of history also helps you understand why they did certain things. 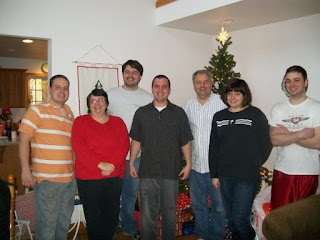 Some people however need to put their family on a pedestal. That pride in family history holds their life together. The reality that their family wasn't perfect breaks their heart. Maybe that is a good thing, but sometimes the dead need to be respected. The idea of tearing down a family's reputation comes from Marxism and was popular in Communist nations. It was done to break down old family aristocracies. Later it became popular in the South after the Civil War to break down the Old Southern families. People almost seemed to grin with a little too much joy when it became possible that Thomas Jefferson had an affair with a slave. The idea of respecting the past was destroyed and instead focusing on a family's flaws was more important. It became vogue to write about the fall of great families. William Faulkner made a career of it. Too often it was the reality as the old families destroyed themselves while the carpetbaggers cheered with glee as they took the old Southern families places in society.

I guess I want to protect my family name. They were great and achieved greatness. At the same time I feel the family needs to know the tragedy of our family. Two generations have passed. Most of those directly affected are now dead. Though my family went through a terrible tragedy, the family is doing well today. We aren't the height of society anymore, but we still live good lives and our families are building ourselves back up. Few of us drink alcohol and that seems to help. Diseases like arthritis and chronic depression are more manageable than they were in the past. We understand what our ancestors went through, forgive them, and learn from their mistakes. That is all you can do. It is for this reason that as I have uncovered a dark family secret that I have decided to share it with them but I will not publish in public what I have uncovered out of respect for those still directly connected to the family. A genealogist holds a lot of power and must be responsible. Our job isn't to destroy but to strengthen a family.