August 30, 2012
I decided this year not to do a party. One of my friends had coupons that she had collected over the summer and we decided to use them. We had breakfast at IHOP. We got a free kid's meal with an adult meal. My kids are no fun so they just ordered chicken strips and mac and cheese. At least they had it with a side of fruit. I had a sausage, hash brown, onions, and green pepper with cheddar cheese omelet. You won't find it on the menu because I made it up. I just realized that I never got my pancakes.

Then we went to Novaks gym in Dumfries, VA. The kids had a lot of fun. Aron did a front tuck on the trampoline all by himself! He did several front tucks in a row landing on his feet everytime! Jon almost had his kip! The kip is the ultimate goal of level 5 boy's gymnastics. I thought we would be kicked out of the gym because it was supposed to be preschool playtime, but the coach was cool and even spotted Jon Jon!

This is a kip-

Then we went to Laser Quest. I am now a fan of laser tag. I would like to do laser tag as a group date thing. Aron was scared but Jon and Viki had a blast. Viki won first place. My nickname was Jinx and I got last place. Even Aron did better than I did.

Then we went to the mall! We had pizza from Sbarro's which I think was over priced. Their bread sticks were real good and I highly recommend them. Aziz and I split a teriyaki chicken. It was more than enough food and we even gave some to baby Eli. Then we played at the Lego store and then the mall playground.

Yes, I think it was a good day! 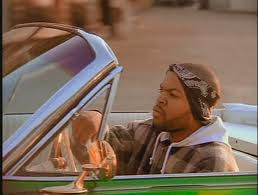