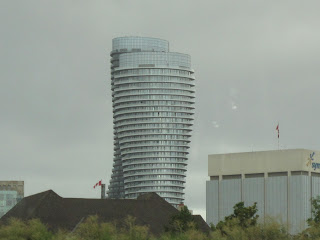 I love to write Mississauga, a city of 700,000 next to Toronto. That is where we stayed in a little Hampton Inn full of NY Yankees fans ready to see the game in Toronto at the Rogers Centre the next day. We were still the only Virginians there! 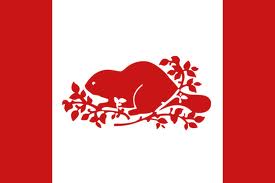 As soon as we arrived we went to a nearby Costco to see if we could get cheap tickets to Toronto's sights. Unfortunately there wasn't any for Toronto but there were plenty of Roots Canada products for a low price. The taxes though sort of ruin any good deal you find! Right behind the Costco was a large outlet shopping center. (Centre??) Of course there was a Roots store and we went nuts! We love Roots clothes and bought a couple of bags worth of clothes. Then we ate at the grocery store named Loblaws.

Loblaws had lots of cooked food that was delicious but expensive. I also bought All Dressed potato chips. There were true generic brands available. The bag of chips actually say "no name". They were super cheap and recommended by my Canadian sister-in-law. My kids were terrible and I felt like the big redneck invading Mississauga, Ontario. The biggest shock for us was seeing the milk sold in actual bags. That was the strangest thing I have ever seen. My daughter and I looked like big hicks poking with awe at the milk bags. (that didn't sound right . . . ) 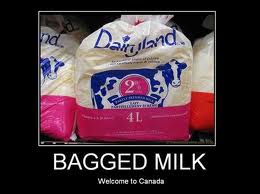 We also discovered that Canadians don't like our American debit cards and that you have to pay extra for bags. What the . . ..eh?